What Women Do That Annoy Men (Part I) 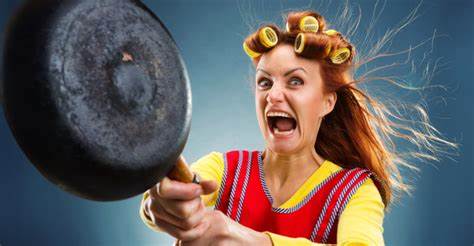 A lady went to the airport to welcome an old friend whom she hadn’t seen for a long time. While she was waiting, she saw a man arrive and run towards a woman. She was drawn to this scene, especially when the man grabbed the woman, kissed her and exclaimed how much he had missed her. Amazed by this display, she asked the man, “Sir, how long have you been married?” she expected the answer to be one or two months ago. Without so much as a sidelong glance at what he obviously considered a distraction, he replied, “eighteen years now!!”. Assuming that the man had been away from his family for a while, she pursued the matter, inquiring “how long have you been away?” to her surprise; he said “two days”. She remarked, “I hope to marry a man like you who will love me as much”. Hearing this, the man looked at her and said “Don’t hope, decide”

You see, we can make a lot of bad decisions in life and recover from them. We can select the wrong car, and trade it in after a few months. We can choose a wrong school and transfer if we don’t like it. We can pick a wrong job, but later land another. We can make a foolish financial decision and end up in debt, but recover by getting wiser and paying off the debts. All these decisions may carry some adverse consequences, not comparable to the consequence of bad decision making in an intimate relationship.

-        Men do not like women who are possessive in nature and always material conscious, thinking of nothing else but money and outings/shopping

-        Men do not like women who are gossips and talkative. If you want to talk, talk moderately and like a lady. Women then should avoid gossiping, it’s not good at all. A gossip makes a man not to reveal his secret to you because it might stop them from talking to you.

-        Men do not like women who are dishonest, always cheating and never truthful, always suspicious.

-        Men do not like women who are nonchalant, and take them for granted.

To have a better relationship, you must then learn to avoid these things, but it is pertinent to "know when to retreat, wisdom is stronger than authority"