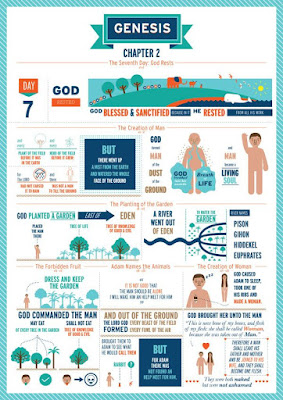 1) It covered the second creation account and it started from the 7th day, as God blessed and sanctified it: because it was the day He rested.

2) It talked about the river that went out of Eden to water the gardens and from thence it was parted and became four rivers: Pison, Gihon, Hiddekel and Euphrates.

3) God gave Adam dominion over every living thing in the garden, He allowed him to name them but He instructed him not to eat of the fruit at the center of the garden.

4) He saw that Adam was without companion, He caused him to sleep and out of his rib He made him a companion.
Labels: Genesis The Bible Vigil Uche