Will Racism Ever Disappear 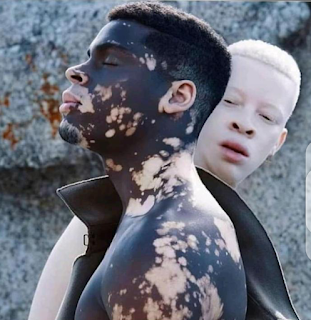 I do not intend to insight violence, hatred, prejudice among countless numerous mundane feelings with this piece, but it's always wise to"call a spade a spade and not a garden fork"

Racism is rooted in the very DNA of (I beg to withhold my words) it is prejudice, discrimination, or antagonism directed against someone of a different race based on the belief that one's own race is superior. Because of the colour of your skin, they ask if you are from a cave and if you have tails. A friend who got scholarship and studied abroad buttressed the fact that during the first class he was using the meter rule and someone approached him and said "Can I teach you how to use that...? As if we grow in caves in Africa. O Mother Africa! Have they forgotten in a hurry that civilization started in Egypt: a country located in the northeastern corner of the African Continent. Have they forgotten how they Underdeveloped Africa? If you think I'm mincing words do read How Europe Underdeveloped Africa a 1972 book by Walter Rodney.

People of African descent have been an integral part of the social fabric of European Union (EU) countries for generations. Nonetheless many regularly experience fundamental human rights violations. It is a reality but the shameful and infuriating: Racism based on the colour of a persons skins remains a pervasive scourge throughout. Racial discrimination and harassment are commonplace experiences with racist violence vary greatly across countries but EU records shows it reaches as high as 14%. Discriminating profiling by the police, too, is a common reality.

Even the scriptures condemn this. Little wonder when Samuel was sent to anoint one of Jesse's sons he saw one and said "Surely it is this one" maybe because of his colour, hieght, beauty amongst countless other superficial traits but 1 Sam 16:7 reveal thus, “Do not consider his appearance or his height, for I have rejected him. The LORD does not look at the things people look at. People look at the outward appearance, but the LORD looks at the heart.”

John Philip Jenkins in one of his articles of Racism describes this as White Supremacy. He asserts: In contemporary usage, the term white supremacist has been used to describe some groups espousing ultranationalist, racist, or fascist doctrines. White supremacist groups often have relied on violence to achieve their goals. From the 19th to the mid-20th century the doctrine of white supremacy was largely taken for granted by political leaders and social scientists in Europe and the United States.

Believe me, Racism is still very much alive in our century. The big question is, How Do We Combact This? "Do not mistreat or oppress a foreigner, for you were foreigners in Egypt." Exodus 22:21